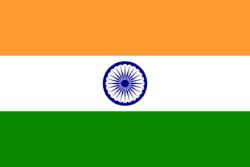 India’s Department of Telecom (DoT) has cancelled its requirement for mandatory testing and certification of smartphones and certain other consumer electronic products.

According to recent reports in the Hindustan Times and other media outlets, the DOT’s action is in connection with its Mandatory Testing and Certification of Telecommunications Equipment (MTCTE) regime, which would require manufacturers of a wide range of electronic products to have their devices tested and certified by an accredited testing laboratory. The requirements under the MTCTE regime are scheduled to take effect as of January 1, 2023.

However, the DoT received significant backlash from telecom operators and the smartphone industry. These companies were already subject to compulsory testing and registration of many electronic devices, such as laptops and point of sale (PoS) devices, under the scope of regulations previously issued by India’s Ministry of Electronics and Information Technology (MeitY).

The overlapping orders would have imposed additional compliance costs on these manufacturers and further impeded the introduction of new and innovative technologies in India. They were also inconsistent with India’s stated goal of easing restrictions on companies doing business in their country.

IEC 62368-1 introduction IEC 62368-1 is a safety standard relating to electrical and electronic equipment. in the field of audio, video, information technology and communication. The standard classifies energy sources, establishes protections against them, provides ...

You can find out more about which cookies we are using or switch them off in settings.

This website uses cookies so that we can provide you with the best user experience possible. Cookie information is stored in your browser and performs functions such as recognising you when you return to our website and helping our team to understand which sections of the website you find most interesting and useful.

Strictly Necessary Cookie should be enabled at all times so that we can save your preferences for cookie settings.

If you disable this cookie, we will not be able to save your preferences. This means that every time you visit this website you will need to enable or disable cookies again.