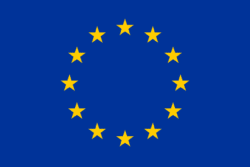 Since 1 February 2020, the United Kingdom has withdrawn from the European Union and has become a ‘third country’ following Brexit. The Withdrawal Agreement2
provides for a transition period ending on 31 December 2020.3 Until that date, EU law in its entirety applies to and in the United Kingdom.

During the transition period of Brexit, the EU and the United Kingdom will negotiate an agreement on a new partnership, providing notably for a free trade area. However, it is not certain whether such an agreement will enter into force at the end of the transition period. In any event, such an agreement would create a relationship which in terms of market access conditions will be very different from the United Kingdom’s participation in the internal market, in the EU Customs Union, and in the VAT and excise duty area.

As of the end of the transition period, Regulation (EC) No 1907/2006 of the European Parliament and of the Council of 18 December 2006 concerning the Registration, Evaluation, Authorisation, and restriction of Chemicals (REACH) and establishing a European Chemicals Agency no longer applies in the United Kingdom. This has in particular the following consequences for example.

Registrations held by a registrant (manufacturer/producer, importer or Only Representative) established in the United Kingdom According to Article 5 of Regulation (EC) No 1907/2006, as a general rule, substances on their own, in mixtures or in articles manufactured or placed on the EU market in quantities of 1 tonne or more per year have to be registered with the European Chemicals Agency (ECHA).

As of the end of the transition period, a registration held by a registrant (manufacturer/producer, importer or Only Representative) established in the UK  is no longer valid in the EU.

Manufacturers/formulators/producers established in the United Kingdom should:

-Transfer the registration to a manufacturer or importer in the EU; or
-Appoint an Only Representative in the EU as a registrant for the substance.

You can see the full documnet here.

360Compliance provides Testing & Certification for type approval services and global market access in 195 countries. With proven expertise in worldwide regulations, 360Compliance can help your company shorten time to any market, minimize risks and manage the regulatory process from A-Z.

In order to receive TEC certificate (India type approval), the procedure of Mandatory Testing and Certification Of Telecommunication Equipment in India requires testing to be carried out by TEC India type approval accredited labs. This requirement is governed by the Ind...